English – the language of Rock

The skill of collecting and processing the sweet sap of the sugar maple was known and valued by the native peoples of eastern North America long before the arrival of European settlers. There is even an Iroquois legend to explain the discovery of maple syrup. As the story goes, an Iroquois chief yanked his hatchet out of the maple tree where he had left it, and set off for a day of hunting. He didn’t notice the deep gash his blade had left in the tree, but all day a colourless liquid trickled from the gash, collecting in a birchbark bowl that was leaning against the maple tree. The following day his wife noticed the full bowl, and thinking it was water, used the liquid to cook a venison stew. The resulting sweet stew was a happy accident, beginning the culinary tradition of maple-cured meats. 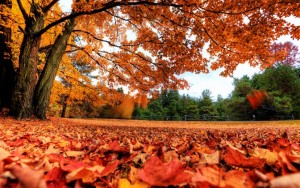 Maple syrup and maple sugar were used during the American Civil War and by abolitionists in the years prior to the war because most cane sugar was produced by Southern slaves. It has played an important role during WWII too, because food rationing encouraged people to get alternative sources to sweetening foods, and maple trees are very common native trees in northeastern North America.  Also, maple syrup is considered a healthier alternative to white sugar and other sweeteners.

Maple products are considered emblematic of Canada, in particular Quebec, and are frequently sold in tourist shops and airports as souvenirs from Canada. The sugar maple’s leaf has come to symbolize Canada, and is depicted on the country’s flag. Several US states, including New York, Vermont and Wisconsin, have the sugar maple as their state tree.

A maple leaf is on the coat of arms of Canada, and is on the Canadian flag. The maple is a common symbol of strength. Maple leaves are traditionally an important part of Canadian Forces military regalia, for example the military rank insignia for generals use maple leaf symbols. 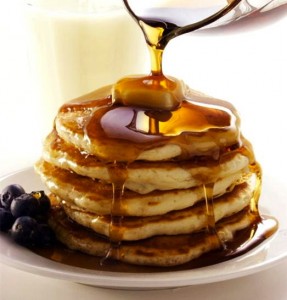 Is there anything more Canadian than maple syrup? "Sugaring time," that brief space between winter and spring when the snow starts to melt and the sap begins to flow in the maple groves evokes romantic images of their pioneering past. Despite the technological advances in farming techniques, production of maple syrup remains largely a "family operation," essentially unchanged from its traditional past.