Learning a second language as an adult keeps your brain young

Thanks to healthier and more active lifestyles, working later in life and more public awareness of the elderly and their needs, older people are staying younger longer.

More than one in five Britons even believe you can reach 90 before you are considered old, a study of 2,000 over-40s says.

A spokesman for the comparison website PayingTooMuch.com, which commissioned the research, said: “Perceptions of old age have changed a lot over the last few years. There was a time when you were considered old or past it as soon as you retired, but this age has now got much later as we are leading healthier and more active lives well into our 70s. Pensioners are no longer seen as people who spend their days sat in their armchair knitting or watching black and white films in the afternoon before a little nap.” 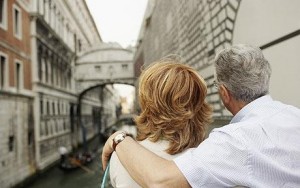 For many, retirement is the start of a whole new chapter and pensioners are travelling the world, taking up new hobbies and in some cases, leading more active and exciting lifestyles than when they were younger. They are very demanding of deep cultural experiences, and travelling became one of the most popular activities among mature groups of people.

For older travelers, the variety of opportunities seems almost limitless these days. All sorts of destinations and types of travel are beckoning. Tour operators have learned that an ever-growing number of older travelers have the vacation time and flexibility that most younger adults lack, and that older people also frequently have renewed energy and curiosity.